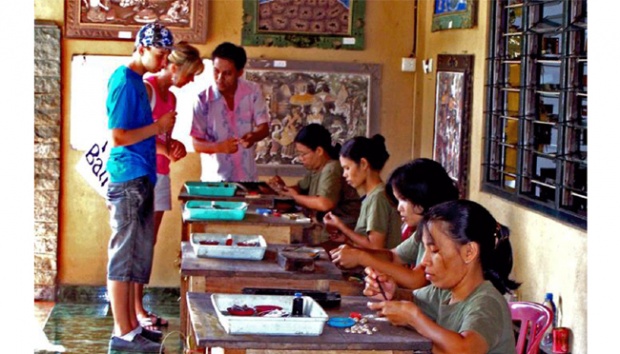 Jakarta – Bali exported a variety of jewelry products to the hands of skilled craftsmen generally from Celuk Village, Gianyar regency, for US $ 7.31 million during November 2017 or up US $ 1.26 million (20.98 percent) compared to the previous month ( US $ 6.04 million).

“The foreign exchange earnings compared to the same month in the previous year also increased by US $ 360,293 or 5.18 percent, because November 2016 the delivery of various types of jewelry only generates US $ 6.95 million,” said Head of Bali Provincial Central Statistics Agency Nugroho, in Denpasar, Sunday, January 21, 2018.

While 89.42 percent of the rest is exported to various countries in the world, because various types of jewelry, especially made from raw silver is very attractive to foreign consumers because the price is quite affordable.

Jewelry export value is not included that is purchased directly by foreign tourists and the archipelago when visiting the center of various types of jewelry crafts in Celuk Village, Gianyar regency, 15 km east of Denpasar, which is in one lane to the tourist objects to east Bali.

Most of the people of Celuk Village, Gianyar Regency, cultivate the business of handicraft jewelry from raw materials of silver and gold. The home industry requires special experience and skills, commonly inherited from the local community for generations.

A desk with a very simple equipment that lined the porch of the craftsman’s house. Thanks to the sincerity of the owner, able to produce various types of jewelry products that became one of the special souvenirs of the Island of the God of great interest to the international community.

To boost promotion and improve the marketing of the creativity of silver and gold, the local village held “Celuk Jewelery Festival 2017 on October 13 to 15. The jewelry exhibition is expected to take place every year.