Access to Merak Mas Port for Imports is Opened Immediately 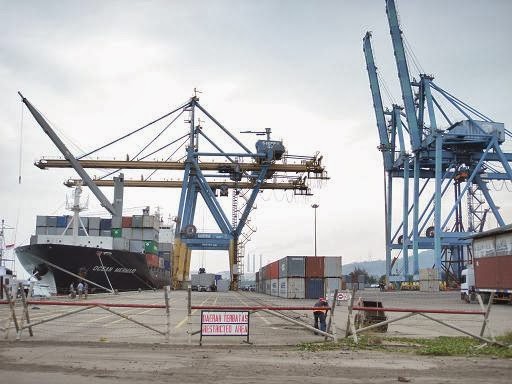 JAKARTA – The government through the Coordinating Ministry for the Ministry of Marine Affairs is moving quickly to increase the flow of goods by declaring the opening of Merak Mas Port as an import-export door for the Banten region.

Coordinating Minister for Marine Affairs, Luhut B. Panjaitan said that Merak Mas Port will add export gate in West Java so that it does not rely on Tanjung Priok Port in Jakarta.

He explained, Merak Mas Port is expected to become an international trade gateway for the region of Banten.

Meanwhile, Port Patimban in Subang will become a gateway of goods goods industrial area in Karawang, Purwakarta, and Cikampek.

Luhut said, it has coordinated with several Ministries / Agencies to make the Port of Merak Mas as an international port.

“This is to reduce inefficiency if concentrated in the Port of Tanjung Priok only, so in Banten, Priok and Patimban later in order to compete,” said Luhut when reviewing the Port of Merak Mas in Cilegon, Friday (11/8/2018).

To note, Merak Mas Port managed by PT Indah Kiat Pulp & Paper Tbk is a terminal for its own interest (TUKS) which can not accommodate general cargo without the recommendation of the surrounding public port.

Director General of Sea Transportation, Agus H. Purnomo, said that the manager of Merak Mas Port has applied for a change of status to a public port.

However, the intention was hampered because the port land is a land whose management status is held by PT Pelindo II (Persero).

“We as regulators can not give permission as long as there is no land submitted to the country,” he said after reviewing the examination test of the ship KMP Port Link III in Merak, Friday (5/11/2018). .

He added that his party handed over the management of Merak Mas Port to Indah Kiat and Pelindo II.

Agus assess, Port Merak Mas can complete the needs of cargo owners because it can serve loading and unloading containers.

Meanwhile, Ciwandan Port which is managed by Pelindo II and Port of Cigading managed by Krakatau Bandar Samudera is a bulk port.

Addurl.nu | old school | 1Abc Directory | LinkPedia Web Directory
Follow me in Social Media:
Need Help? Chat with us
Start a Conversation
Hi! Click one of our member below to chat on Whatsapp
The team typically replies in a few minutes.
Budi Astawa
Sales & Marketing
Ade Kurniawan
Sales & Marketing Staff
I will be back soon